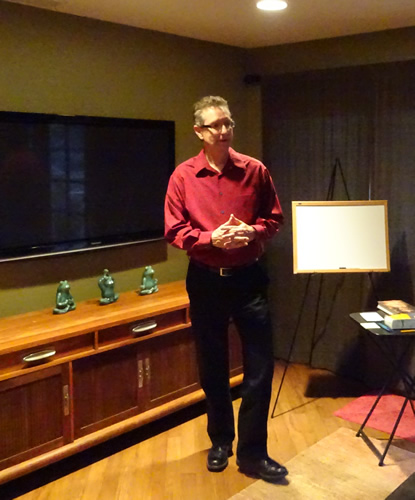 Greg caught the magic bug when he was seven and performed his first magic show at a child’s birthday party when he was twelve.  During his early years of performing, he began taking magic lessons from professionals and studying books to become a more effective wonder-worker himself.  He learned the real secret of magic, which is how to entertain people, rather than just show tricks.

As a teenager, he was a member of the Long Beach Mystics, a launching pad for some of today’s hottest magicians. He began friendships with other prestidigitators and attended his first magic convention, in Hawaii, at 16.

Hundreds of magic shows later, he still loves magic.  He’s an active member and past president of San Diego’s magic club, where he’s won awards in the annual stand-up and close-up contests.  He’s a member of the Magic Castle in Hollywood and the International Brotherhood of Magicians.  “His wife has enthusiastically watched him practice and perform magic for over 25 years. She and their two daughters provide valuable feedback for his new material.  It’s been a great ride to learn the craft and skill of magic and he feels privileged to bring that sense of wonder to others.